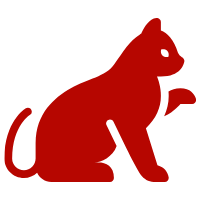 Do you love your pet? Of course you do! And as a loving pet owner, one of the best things you can do for your furry companion is make sure they are well-trained. This will allow the two of you to get along more easily, and it will also make it easier for your pet to stay with and interact with others. Each type of pet demands somewhat different training. For instance, while you can train cats, the process is quite different from that of training a dog. On this website, we have compiled articles all about pet training without a focus on any one pet. So whether you're a dog person or cat person, you'll feel welcome.

There are a lot of different uses for trained animals for film. No matter what an animal is going to be used for in film, they need to do exactly what it is that is wanted for the scene. If an animal does the wrong thing every time, then they aren't going to be able to get the shot. This will only leave production needing to replace the animal with another, and this will cost time and money. This is why it's important to use properly trained animals. Here are some of the different ways trained animals are often used in film:

The scenery in the background

There are a lot of times when trained animals are used as part of the background in films. Even though the animals might not be playing the main role in the scene, it is still important for them to be doing what is wanted or the whole scene is going to need to be reshot. For example, if a dog catching a frisbee is wanted in the background as a couple is kissing in the foreground, then they need the dog to do just that. If they end up with a dog that watches the frisbee pass by its head, this won't work.

There are many commercials and movies where the animal needs to act with the main actor in a scene. The animal may need to perform a trick or they may need to react to something that the actor does in the scene. Animals that are trained for film not only know how to follow directions and do what is needed but they also work well under pressure, so all of the lights and filming crew that are working around them won't be a distraction.

There are a lot of films where the animal is the main character. There will be a lot required from the animal and they are going to need to do exactly what the scene requires and they will be directed in the sideline, but they won't have the actor to feed off of. Often times, clicker training and hand signals are used, so the animal will see their next direction and do it while the cameras are rolling. There is no way an untrained animal can be the main character in a feature film because getting them to do what is required wouldn't be possible.